The Benefits Of Solar Energy 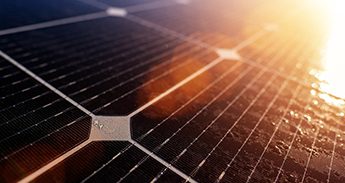 Much has been written and spoken about solar energy of late, due to its clear environmental benefits and increasing popularity amongst homeowners and businesses alike. Solar energy is produced by the sun’s light and is also known as photovoltaic, or PV energy. PV energy is obtained via the sun’s light and heat. The radiation from the sun hits mirrored solar PV panels attached to rooftops and other suitable surfaces that are connected to a turbine to convert the energy and produce electricity for use in our homes and commercial premises.

The sun is a powerful, infinite resource that is available to us free of charge. According to the publication Renewable Energies Info, it continuously provides the Earth with 120,000 Terawatts of solar irradiation, representing 20,000 times more power than the entire planet actually needs. It therefore makes absolute sense that we harness the sun’s as much as possible to help everyone live a more sustainable life and to place less pressure on finite fossil fuels such as coal, gas and oil.

Read on to learn more advantages of solar energy and why it is such a valuable resource.

If you no longer rely quite so much, or even at all, on the National Grid for your electricity supply, your electric bill will reduce as your own solar-generated electricity can be used to meet your energy needs for free. In addition, once your solar panels are installed, they should require no ongoing maintenance or energy production costs, which means they cost next to nothing to actually generate the electricity. Despite a larger initial investment, you should see your original investment recovered quickly in terms of the savings you will see on your energy bills and other benefits.

As electricity moves from the production point to the supply destination, it is estimated that around 3 to 5 % is lost along the way. While this doesn’t seem like a high percentage, as the distances increase, so does the amount of energy that is lost. This can have a notable effect on energy performance in densely populated areas in particular. Solar energy does not involve these longer transporting distances, so the electricity supply is not affected and the performance of your installation remains uncompromised.

As well as helping to conserve valuable fossil fuel resources through the use of alternative energy from the sun, solar energy production also cuts down on noise pollution in urban areas and doesn’t generate any waste products that could cause harm to the environment. The panels are designed to be tough and to withstand extreme weather, meaning that they often have a longer lifespan than other energy production systems. If they don’t have to be replaced all that much, they won’t themselves turn into a landfill concern further down the line.

As with any newer form of technology, the development and installation of solar energy panels and the associated paraphernalia requires more people to make it work. Thus, solar energy could be said to have created more jobs for people in the energy sector, leading to lower unemployment and a valuable boost to the economy. As word spreads and more solar panels are requested, so this benefit to the local jobs market will only increase in significance.

Finally, the National Grid supplies many hundreds of thousands of households and businesses with electricity, placing it under a fair amount of strain, especially at peak demand periods. The more solar panels and alternative electricity sources there are out there, the less pressure is placed on the National Grid, helping it to perform better with fewer blackouts and voltage dips. This also lowers the risk of overloads and fires in transformer substations, providing the wider community with crucial safety benefits while you enjoy an effective source of green energy.

Having the panels installed in the first place can be expensive and will disrupt your working day while the installers are on site. A residential solar energy system typically includes the upvc panels themselves, mounting kit, wiring, heat pumps, labour and other set-up costs. Not to mention a battery storage system for excess energy. This is why it is crucial that customers do plenty of research, or to ask a reputable comparison company to undertake this for you, to get the best possible deal on your solar panel installation.

The UK is not exactly known for its hours and hours of unrelenting sunshine. The weather reports are often beset with news of rain, clouds, mist and fog and the outlook from our windows are frequently not so bright. It is worth taking professional advice regarding the likely return on an initial investment on solar panels if you live in an area that is less sunny than others. This doesn’t mean households will not get any benefit at all, as they do still work on dull days, just not quite so efficiently as when they are exposed to full sunlight.

Many solar energy systems take up a fair amount of space, especially for the more powerful systems used for larger commercial buildings. You will need to work out where the panels, battery storage system and associated equipment and resources can be placed for minimum disruption and visual impact. Unlike wind power, the space used in solar power production cannot double up with secondary uses, such as agriculture. However, in areas that are less crowded, the benefits of solar energy in rural areas often outweigh any concerns over taking up lots of space.

Clearly, energy created using the sun can only be generated during the day. Households and businesses using solar energy will need to have a method to store excess solar energy for use after dark, or connect to the National Grid or another alternative supply for times when the solar panels are not able to meet demand from residents and visitors. While such an arrangement takes a little prior planning, it can still work well to reduce the environmental and financial costs of energy use during daylight hours while ensuring crucial systems like boilers can keep going on a 24-hour basis.

Solar panels are not always the most attractive things to look at, especially if you require larger upvc panels for bigger commercial premises, or are in an area with limited sunlight. They can take over entire fields and cover up attractive tiling on rooftops. However, with careful planning, the visual impact can often be reduced to retain the original aesthetics of the building or area for yourself and your visitors or customers.

If you are interested in installing commercial or residential solar panels, and would like to receive a range of competitive quotes at no costs to you, please contact one of the solar energy experts at Pure Energy Solutions today.